BioShock is a shooter unlike any you’ve ever played, loaded with weapons and tactics never seen. You’ll have a complete arsenal at your disposal from simple revolvers to grenade launchers and chemical throwers, but you’ll also be forced to genetically modify your DNA to create an even more deadly weapon: you.
ESRB: M // File Size: 12.2 GB

Modern Warfare is back. The best-selling first person action series of all-time returns with the epic sequel to “Game of the Year” winner “Call of Duty: Modern Warfare 2,” thrusting players on a cinematic thrill-ride. The definitive Multiplayer experience returns bigger than ever, loaded with new maps, modes and features. In addition to all-new missions, Spec-Ops now introduces Survival Mode, an action-packed combat progression unlike any other.
ESRB: M // File Size: 8.1 GB

Unravel the mystery in this legendary RPG from ATLUS! Join the enigmatic Crevanille on his journey through Noyeval as he tries to discover why mankind is being targeted for destruction. What power do the mysterious Angels possess? Who holds the key to preventing another tragedy? And how will your choices affect the outcome of world-shaking events? Discover the answers to these questions and more as you experience the legend of Growlanser!
ESRB: T // File Size: 919 MB

Gurumin is a fast paced, immersive, fully voices Action-RPG set in a 3D fantasy world. Gurumin stars Parin, a strong-willed girl sent to live with her grandfather in a small mining town. Parin soon discovers an invisible monster village hidden behind her home. Learning of a weapon hidden underneath the village that she alone is fit to wield, Parin embarks on a quest to stop the Phantoms and make the world right.
ESRB: E10+ // File Size: 716 MB

It’s time to maim and murder your way to the top of an exiting new game show! I Kill Zombies sees you trapped inside a giant arena fending off the forced of the undead as one of three characters. Do you have what it takes to survive? Who kills zombies? I Kill Zombies!!!
ESRB: M // File Size: 46 MB

Experience the excitement of Superbike racing as you test your reflexes and skills across seven of the most demanding road-racing circuits from across the globe.
ESRB: E // File Size: 1.35 GB

Whether you’re an out-of-towner rooting for your home team, or you happen to be a fan of a team from beyond your division, you’ll love NFL SUNDAY TICKET from DIRECTV. You’ll get every minute of every Sunday afternoon game, from the kick-off to the final whistle, and every hard-fought yard in between. Live NFL games each Sunday, the Red Zone Channel, stats and highlights, and more.
File Size: 9.19 MB

Laugh Factory Live – Beta is your exclusive ticket to the most standup comedy anywhere. Get a front row seat to live shows from the World Famous Laugh Factory in Hollywood. This application not only provides hours of live streamed shows every week but also, offers subscribers with 100′s of hours of library content from some of the best known comedians past and present. Download the free Beta trial now!
File Size: 42 MB

Compatible with PlayStation Vita only. Design puzzle sheets full of hidden treasure and booby traps with easy touch-screen controls, and then share them with your pals using the PS Vita system’s “near” feature.Download this amazing free app today.
File Size: 12.1 MB

Football is in the air and on the minds of gamers everywhere. With Madden 13 dropping last week (available in the PlayStation Store), and now with this week’s arrival of the DIRECTV NFL Sunday Ticket, football fans have a giant reason to call the PS3 home for the season, and beyond. 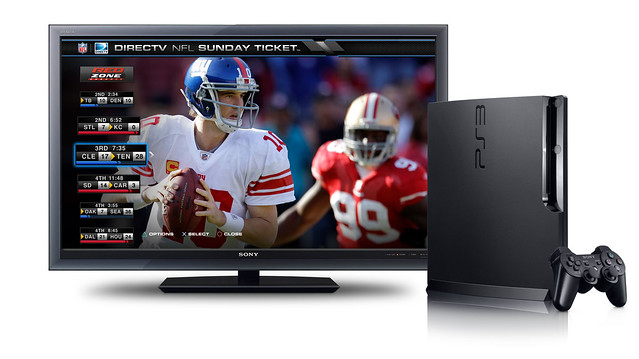 NFL Sunday Ticket offers PS3 owners without access to DIRECTV the ability to live stream every out-of-market NFL football game this season for $299.95. Imagine sitting down in your living room every Sunday, having friends over, and watching all the NFL action, right on your PS3. The first game is on 9/9, so download the app today! Also note that if you’re already a NFL SUNDAY TICKET MAX subscriber through DIRECTV, you can download the app and get the access as part of your subscription.

PlayStation Plus members, the Instant Game Collection sees a sizable addition with Borderlands! Grab it free with your membership, and while you’re at it, take advantage of the 50% discount on all the amazing Add-ons. You’ll also find great discounts on the SEGA classic Daytona USA with a 40% discount off the PSN Sale price, and strategy game Greed Corp at 75% off.

Pinball fans: Zen Pinball 2 has arrived! The core game is free to download, but you’ll want to check out the amazing Add-Ons that can make your pinball experience all your own. Marvel tables, an amazing Super Street Fighter II tribute table, and more are all available to download. Don’t forget that all the DLC you purchase works on both PS3 and PS Vita versions.

PS3 Full Games dropping this week include Call of Duty: Modern Warfare 3 and Bioshock. MW3 hardly needs an introduction and offers up all the great action and online multiplayer that Call of Duty is known for. If you have yet to jump into the Bioshock universe, the original game is now available. It may be the perfect time to relive the first adventure in preparation of next year’s Bioshock: Infinite.

Check out the rest of the details below, and as usual, drop your thoughts in the comments and let us know what you think. PSN Community Managers Kristine Steimer and Morgan Haro will answer any questions that they can, as always. You can also chat with the PS Community in the forums on this update. 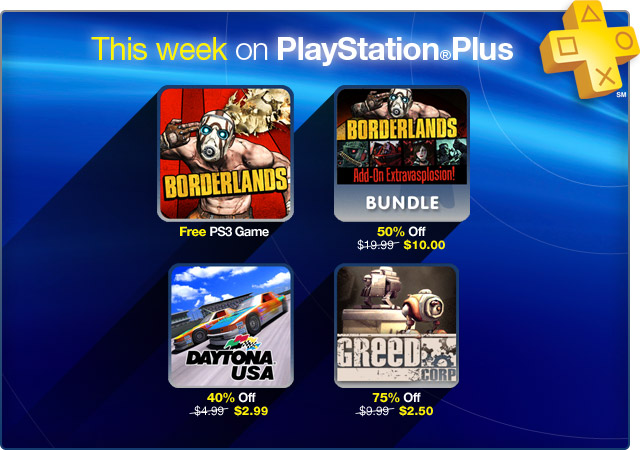 Click here to learn more and purchase online or go to the PlayStation Store to activate instantly.

Pre-Order NHL 13 today to receive a custom theme. Download at midnight on September 11th so you don’t miss a minute of hockey action! Featuring the biggest innovation for the franchise in six years, NHL 13 captures the speed, creativity, and strategy of today’s NHL with revolutionary True Performance Skating. Other improvements include complete overhauls to the AI and in game presentation, a brand new online dynasty mode with up to 750 players.

Download this free Rainbow Moon trial version for a sneak peek at one of the most beautiful role-playing games of this generation. Freely explore Rainbow Moon and battle nasty monsters for up to 90 minutes. This trial version allows you to save your progress and continue your journey where you left off upon unlocking the full version.
ESRB: E10+ // File Size: 1.8 GB

Pinball Arcade (Note: Purchasing this content entitles you to both the PS3 and PS Vita versions)

Zen Pinball 2 (Note: Purchasing this content entitles you to both the PS3 and PS Vita versions)

In Game Add-on Content (Not Available in PlayStation Store)