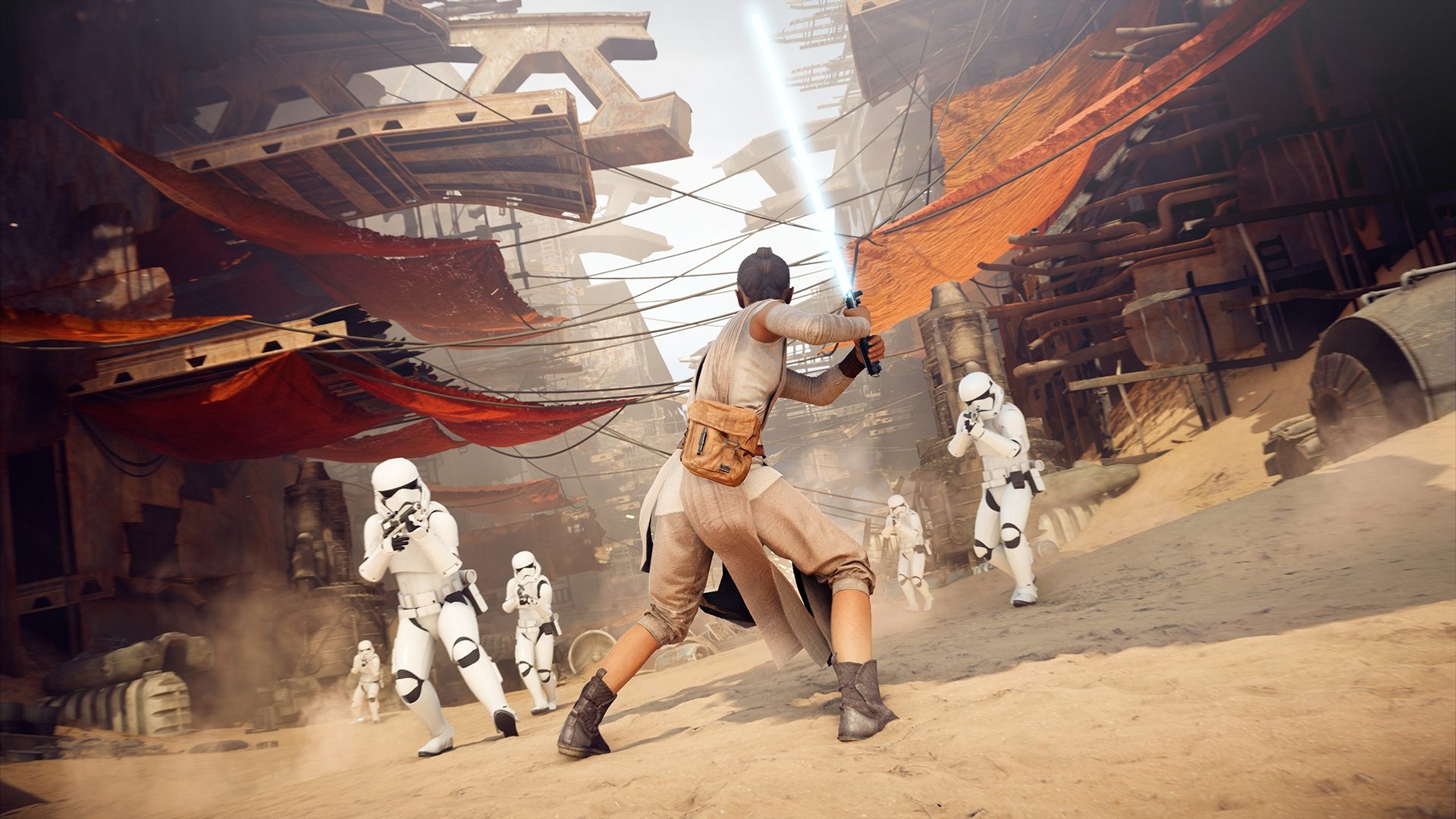 Introducing two new heroes!
– Finn joins the Resistance. A skilled soldier, Finn now uses his training to protect his allies at any cost. Finn charges into battle and deals precise damage blazingly fast to any enemies who dare stand in the way.
– And then we have the imposing commanding officer of the First Order: Captain Phasma. Few are more feared than Captain Phasma as she uses every tool at her disposal to ensure victory.

Iden Versio is back in the Resurrection DLC! She is searching for answers, while the secrets of a First Order conspiracy are revealed. This DLC contains three new campaign chapters that continue Iden’s saga in the Star Wars universe.

As you recall from The Force Awakens, D’Qar is the principal base of the Resistance. Now experience an incredible space battle over that planet as the First Order attacks, threatening to wipe out the base, and the Resistance, once and for all.

To spice up the space battle, we have also launched a new hero ship – Tallie Lintra’s RZ-2 A-wing. For Poe Dameron, there is a new hero ship upgrade for his T-70 X-wing.